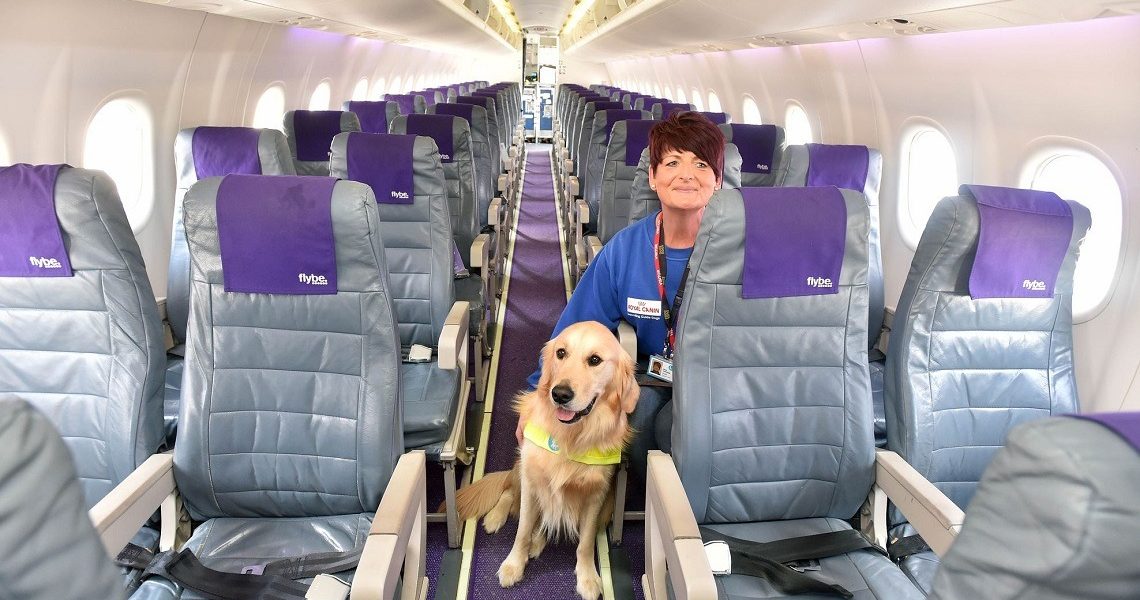 Emotional support dogs have certain rights when it comes to air travel. As laid out in the Air Carrier Access Act (ACAA), under most circumstances, an emotional support dog can fly in cabin on all domestic and most international flights:

To bring your emotional support dog in cabin on a flight with you requires you have a legitimate emotional support animal letter (ESA letter) written and signed by a doctor or Licensed Mental Health Practitioner (LMHP) within one year of your intended flight date.

Beyond this singular federal requirement, airlines are allowed to set their own additional guidelines for bringing an emotional support dog in cabin on a plane, as long as those regulations don’t defy the ACAA or the Americans with Disabilities Act (ADA).

Usually an airline’s additional ESA requirements involve rules around pet carriers and possible additional paperwork (described further below.) In addition to these, almost all airlines require you to notify them of your intention to fly with an emotional support dog in cabin at least 48 hours prior to takeoff. Some may also require that you present them with your ESA letter (and if applicable, additional paperwork) with this same advanced notice.

Airlines may not require you to book a particular seat like a business class or first class seat in order to accommodate your pet. If you have a particularly large dog, the airline may decide the best way for it to accommodate your emotional support dog is by placing you in business class or first class, but the airline cannot charge you extra to do so. There are, however, certain seats you are not allowed to book with an emotional support dog, including emergency exit row.

Most airlines will require you to bring your dog on board in an airline-approved pet carrier. Different airlines have different requirements for approved pet carriers, such as whether an airlines permits or requires either hard-shell or soft-shell carriers. Almost all, if not all, airlines will require that the pet carrier be small enough to fit beneath your seat or the seat in front of you (depending on the particular airplane’s design.) Airlines will also differ in whether or not they require you to keep your dog in the carrier for the duration of the flight.

Read also: Pet Carrier to Take Your Emotional Support Dog on a Plane

Some airlines allow you to take the dog out of the carrier if it can fit in your lap or sit or lie at your feet without intruding on the aisle or other passengers’ seats. In those cases, however, those airlines will almost certainly require that the dog be leashed and within your control at all times. All airlines, however, require that you keep your dog in its carrier during all periods of takeoff, landing, turbulence and taxiing between runway and gate.

Almost all, if not all, airlines will not accept an emotional support dog on any flight lasting at least 8 hours uninterrupted without a stopover or connecting flight.

In addition to the ESA letter, some airlines require additional documentation before allowing an emotional support dog on a flight. These may include a current vaccination record and a statement of responsibility signed by you stating that the dog is well-enough behaved to fly in cabin and that you take full responsibility for all your dog’s actions while on airport and airline property, including but not limited to in-flight.

Airlines can require emotional support dogs undergo lobby check-in, which includes a basic visual inspection. If, upon that inspection, the dog appears ill, abused, potentially aggressive or otherwise unsuitable for flight, the crew or TSA staff can decide that particular dog is unsuitable for flight, regardless of its emotional support dog credentials. Also during that inspection, the security staff or airline crew are allowed to ask you questions about your need for the dog. However, they cannot ask what your disability is and they must accept a valid ESA letter as proof of your medical need.

According to the Department of Transportation (DOT) if a dog is too large or heavy for an airline to accommodate on a flight and the airline cannot find any alternate flight or flights on which it can accommodate such a dog, the airline is allowed to refuse to let that dog travel in cabin. If a dog is younger than four months of age, the DOT also allows airlines to refuse to let them board as emotional support dogs.

Other Possible Guidelines for Bringing Emotional Support Dogs In Cabin

In addition to federal and airline-specific guidelines for bringing an emotional support dog in cabin on a flight are guidelines imposed by certain airports and countries.

Some countries do not allow animals from other countries to enter under any conditions, whether an emotional support dog or not, whether in cabin or not. These countries include those deemed free of rabies. A rabies-free country may not allow any animal entry from another country it classifies as rabies-controlled or high-rabies, or it may require the animal be quarantined for a 6-months residency before being released into the country. Note that different countries classify other countries as rabies-free, rabies-controlled or high-rabies differently according to their own standards.

Can Children With Emotional Problems Be Eligible for Emotional Support Dogs?

Can You Have Two Emotional Support Dogs? 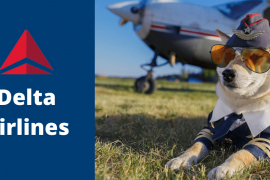 Delta Airlines Pet Travel Policy for Flying with a Dog

Delta Airlines offers several different ways that dogs can travel on its flights, both with and without 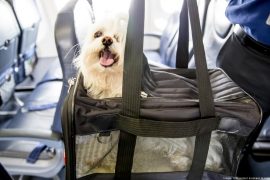 Pet Carrier to Take Your Emotional Support Dog on a Plane 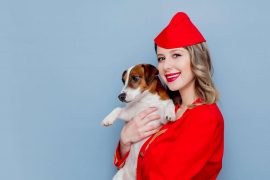