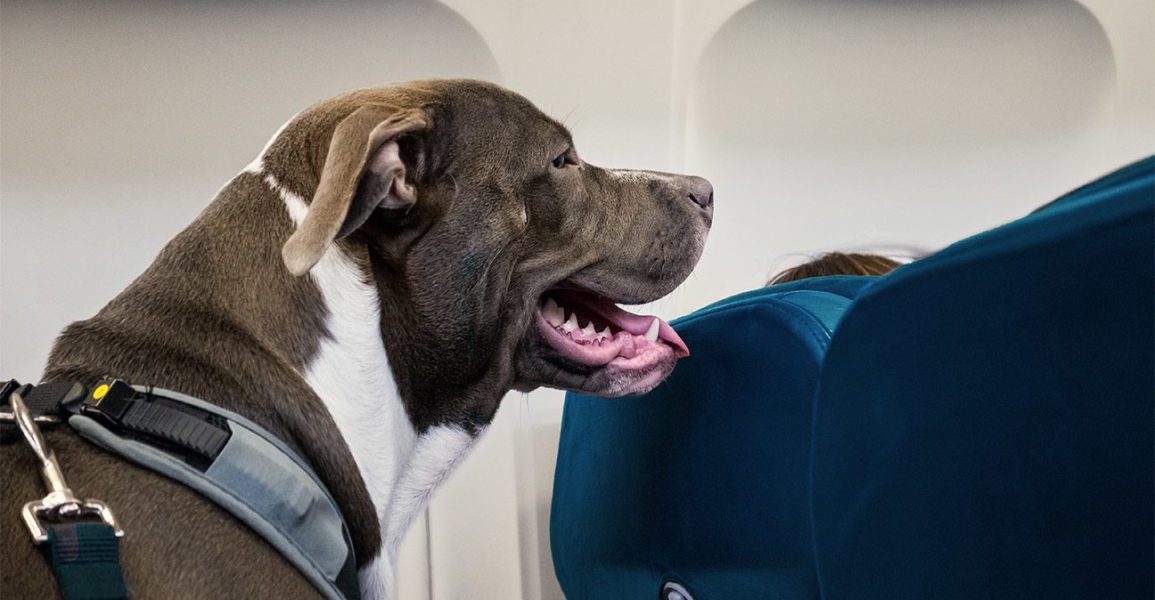 Are There Any Breed Restrictions on ESAs?

The two areas in which ESAs have special rights over pet animals are housing and air travel. Regulations regarding ESAs and air travel are enshrined mostly in the Air Carrier Access Act (ACAA), while regulations regarding ESAs and housing are enshrined mostly in the Fair Housing Act (FHA), Each of these acts, in concert with the Americans With Disabilities Act (ADA), Department of Housing and Urban Development (HUD) and the Department of Transportation (DOT) allow airlines and landlords different amounts of leeway regarding making exceptions or imposing restrictions on the rights granted to ESAs and their owners under these laws. Airlines, in general, have much more freedom to impose restrictions limiting the species or breeds of animals accepted on all or certain flights. Landlords, on the other, have much less leeway on the exceptions they can make or restrictions they can impose.

Airlines and Breed Restrictions on ESAs

Airlines can choose to only allow dogs or cats in cabin on their flights as ESAs and to prohibit all other animals from traveling on their flights, whether in cabin or as checked baggage, even legitimate ESAs. While recent Department of Transportation regulations now prohibit airlines from restricting service animals by breed, those new regulations do not apply to emotional support animals.

Other ESAs prohibited from traveling in cabin because of their species or breed may be permitted to travel as checked pets. In such cases, the owner may still be exempted from paying any pet-related fee or additional ticket cost due to the animal’s status as a legitimate ESA. To know for sure whether your ESA will be allowed to travel in the cabin with you on any flight, call the airline before you book your flight.

Landlords and Breed Restrictions on ESAs

Whether a dog, cat or any other ESA, no animal can be denied reasonable consideration for accommodations by a landlord. Airlines have a bit more leeway to restrict approved ESAs for in-cabin air travel to only certain species or breeds. Landlords do not have that authority. Landlords cannot impose restrictions, prohibitions or limitations on ESAs, including those based on species or breed. According to HUD, landlords cannot restrict ESAs by factors like size or weight either.

Rather, landlords must make an individual assessment of any specific animal presented as an ESA to determine whether it would cause significant damage to the property or poses any direct risk of harm to the health or safety of any other person or animal on the premises. Only then can a landlord claim a reasonable exception to the requirement that he or she accommodate any ESA regardless of species or breed.

Finally, note that landlords can deny any animal of any breed access to a property even if that animal is legitimate ESA if one of the following factors is true about the property in question:

A landlord is also not required to rent to a tenant who does not meet the qualifications for residency required of all other tenants residing on the property, even if that tenant has a legitimate ESA.

Dogs are the most popular emotional support animals because they are naturally suited for service and are the most widely recognized and accepted type of emotional support animals. Dogs are naturally suited for service because certain aspects of their nature are highly compatible with serving another in need, such as loyalty, intelligence and affection.

Dogs are highly trainable companions, and even though specific training is not required for an ESA like it is for a service animal, emotional support dogs are still required to be obedient and well-behaved. They must be able to remain quiet and still whenever necessary and for as long as necessary. They need to resist their natural impulse to engage, even playfully, with other animals or people without permission. And they certainly need to avoid aggressive behavior toward anyone. All of these are arguably much easier traits to elicit from dogs than from even other domesticated animals.

It is precisely because of dogs’ natural compatibility with service that they are the most widely recognized and accepted type of ESA.

That said, landlords are not permitted by law to restrict approved ESAs to certain canine breeds, and, in most cases, neither are airlines. They can, however, require the following:

Some landlords’ insurance companies place restrictions in their policies on certain breeds of dog determined to be “dangerous.” According to the Office of Fair Housing and Equal Opportunity (FHEO,) however, each case must be examined on an individual basis. If a landlord’s insurance company would cancel the landlord’s policy on that property, significantly raise the policy’s premium or alter the terms of the policy in a manner adverse to the landlord due to the breed of an ESA residing on the property, HUD has determined this could constitute an unfair administrative or financial burden on the landlord’s housing operation.

This does not necessarily, however, constitute grounds for the landlord to legitimately reject that ESA and refuse it residence. Instead, the landlord must first see if he or she can find comparable insurance that won’t require him or her to reject the request for that specific breed of emotional support dog. Only if no such insurance can be found will HUD find the landlord’s claim of unreasonable accommodation acceptable and a legitimate reason to reject the request to allow a particular breed of emotional support dog residence.

The emotional support dog’s owner can still protest the decision by filing a complaint with HUD, which will investigate and decide on the matter. Even if HUD finds the landlord’s decision appropriate and acceptable, however, the owner can still request a different animal be allowed to take residence on the property as his or her ESA, and the landlord must consider the request for the new animal anew.

Depending on the points of arrival and destination and the flight route, airlines may prohibit certain breeds of dogs known as brachiocephalic or snub-nosed from certain flights. These breeds are prone to respiratory problems and could be put at risk in certain air travel situations. In addition, airlines often exclude snub-nosed emotional support dogs from travel in the baggage or cargo area of the plane. Such breeds of dog include:

In addition, an airline may require that certain dog breeds considered aggressive or dangerous to travel as checked pets even if they are legitimate ESAs. The passenger will generally not be charged for this, however. This is especially common on international flights. Such breeds of dog may include, but are not limited to, the following:

Cats are popular emotional support animals for many of the same reasons as dogs. They are affectionate, companionable and eminently portable as well as being typically quiet. Because of their natural inclination toward sociability and human interaction, certain breeds of cats make better emotional support animals than others. These include the Ragdoll, Tonkinese, Birman, Scottish Fold, Siamese, Kurilian Bobtail, Sphynx and Burmese or Bombay.

Other Types of Emotional Support Animals

Restrictions on Other Emotional Support Animals

As mentioned above, while landlords are bound to accept any type of animal as an ESA that will not pose a direct threat to the health or safety or persons or animals on the property or cause damage to the property itself, airlines are free to impose more restrictions. Many airlines will limit ESAs only to dogs and cats, while others will also allow miniature horses. Even airlines that accept a greater variety of animals as ESAs than just dogs, cats and miniature horses may still restrict certain types of animals from flying as ESAs, such as the following:

Airlines may also reject ESAs with hooves, horns or tusks.

In closing, note that any landlord or airline may refuse access to any animal of any species or breed if that animal is just a pet.

Can You Have Two Emotional Support Dogs?

Can an Emotional Support Dog Go Anywhere With You?